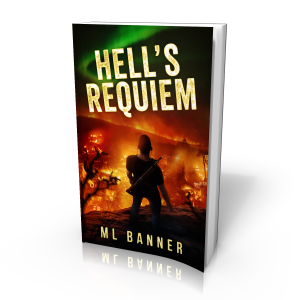 HELL’S REQUIEM, is Book #3 in the Stone Age Series is now available, even though it was published after CICADA.

His son died, and his wife left him.
Then the world ended.
It was about to get much worse.

Here are what readers are saying:

“The ending of the story blew me away! I did not see that coming!” Book Nut
“A compelling story.” OverTheFence
“I highly recommend this book.” Dan A
“Usually I figure plots out pretty quick but you really surprised me.” Linda T
“HELL’S REQUIEM.rocks! JQP
“Don’t miss this one!” Mike K

If you love apocalyptic thrillers with a little rock and roll mixed in, you’re going to love this one.

Available Exclusively on Amazon and Audible 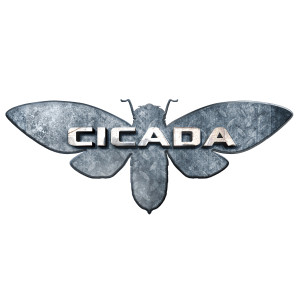 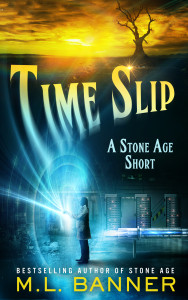 Time Slip – A Stone Age Short is the newest short (novella size) story in the Stone Age world and is scheduled for release on March 30th, 2015.  Time Slip chronicles scientist Dr. Ronald Stoneridge as he accidently discovers time travel by opening up a controlled time slip in his laboratory and then decides to use it to try and save his dying wife. Expecting to find a medical breakthrough in the future and bring it back with him, he instead finds a desolate world trying to survive a new Stone Age. Ironically, Dr. Ron must find his wife’s cure before he runs out time.

Besides new revelations about the future new Stone Age, leading up to the series conclusion in Cicada (coming in 2015), Time Slip offers a new set of characters in this unique spin on time travel.

Time Slip is the second Stone Age Short to be published, with one or two more planned for later this year. The first Stone Age Short was Max’s Epoch, now available for free (HERE).

Time Slip is available for pre-order on Amazon.com (http://bit.ly/time-slip)

A world devastated: a sky filled with magical auroras at night and deadly radiation during the day; technology all but gone; billions dead by fire, starvation, disease and violence. Those who survive will face utter desolation.

Three groups struggle to endure and hold onto what little they have, while others will do anything to take everything from them, including their lives. On a beach in Mexico, in a small town in Wyoming, and on a rural ranch in Illinois, epic battles between good and evil will be fought. Winners will have to face forces of nature never seen on earth before, and may lead to the extermination of all life.

Yet, a 150 year old secret may lead a lucky few to a sanctuary which holds the promise of a new future and a solution to the earth’s problems. . . assuming they can stay alive.

Available for Pre-Order now, for release on Halloween 2014

The response to STONE AGE has been overwhelming, and there are a lot of opinions out there:  I loved it!, I hated it!  It’s so believable!  It’s unbelievable!  Here is your chance.  Tell others your feelings about STONE AGE.  Tell others about what you liked or didn’t like; what you would do if you were one of the characters; why the science was believable or not believable.

NOTE: Please offer *Spoiler Alert* if you are revealing something about the book.  We want those that haven’t read the book to get the chance first.

Yesterday, Stone Age became the #1 Amazon Best Seller for Post-Apocalyptic Fiction (also #1 in Dystopian Fiction).  This is pretty amazing for a book that didn’t exist until April 8th, 2014.

Thanks to you, all the readers of Stone Age for making this happen.

STONE AGE has taken Amazon by storm (literally), rising to be an Amazon Best Seller in many categories! 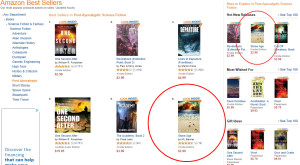 Yesterday, STONE AGE surpassed Hugh Howey’s, Sand to become the #6 overall Best Selling Post-Apocalyptic book in all of Amazon’s eBook collection; #5 overall in Dystopian fiction.  Additionally, STONE AGE remains one of Amazon’s Hot New Releases (until tomorrow, when it is no longer considered “New”), rising to as high as #2 in the same genres.

Take heart readers, STONE AGE – New Realities, the second book in the series is being worked on, with an expected publishing this Fall.

To receive updates on release dates and any specials that may be offered readers of STONE AGE, be sure to add your name to ML Banner’s Survivor Update mailing list (http://mlbanner.com).

has arrived at Amazon Select, only on Kindle and in paperback.  This is an exclusive run for the eBook.  STONE AGE has also been released in paperback.  If you use a Nook, you’re going to have to wait until after July, when wider release is expected.

For more information about STONE AGE, Book1 in the STONE AGE Series, check out these areas:

WARNING
Some of the following reviews for STONE AGE left below may contain SPOILERS.
If you have not read STONE AGE, please beware. 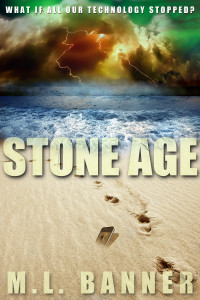 Here is the new cover to the debut novel of the Stone Age Series.

If you would like a free copy of Stone Age, sign up for updates from the author on his website (MLBanner.com).  You’ll only need to provide your email address.  But hurry, to get a free copy, you must submit your email before Stone Age is released in a few days on Amazon.com.

We are excited to announce that Stone Age (Book 1) is scheduled to be released on Kindle in around April 1st on Amazon.com.

Check back here for an exact date.